English Dialogue With SO And NEITHER: My Back Is Sore

I t's Saturday evening. Jim and Betty have been working in the garden all day. They're sitting in the living room after dinner. Jim... 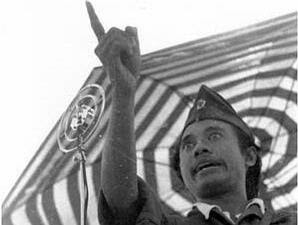 I
n the Name of Allah, the Most Compassionate, the Most Merciful. Merdeka..!!

Comrades, the humble people throughout Indonesia, particularly those who live in Surabaya, we have all known, that today, the British troops have published pamphlets threatening all of us. Within a specified time, we are required to surrender the arms that we have seized from the hands of the Japanese troops. They have asked us to come to them with raised hands. They have asked all of us to come to them with a white flag as a sign of our capitulation.

This is our answer! This is the answer from all the people in Surabaya! This is Indonesian youth's answer to all of you.

Hey, British soldiers! You want us to bring white flags and surrender to you!

In spite of those demands, and although we are aware that you are threatening to attack us with all your existing power, this is our answer! As long as Indonesian oxen have their red blood to make a piece of white cloth "Red and White", then as long as that, never shall we capitulate to anyone.

Comrades, the people of Surabaya, be prepared! The situation is critical. However, let me remind you once more. Do not open fire. Not until they fire at us, then we will fire back at them. Let us show them all that we are the people who want to be independent.

The speech was made by Sutomo or Bung Tomo and was broadcast continuously during the November 1945 Battle of Surabaya by RRI (The Radio of Indonesian Republic) and other revolutionary radio stations. It greatly boosted the moral and heroism of Indonesian troops at that time. 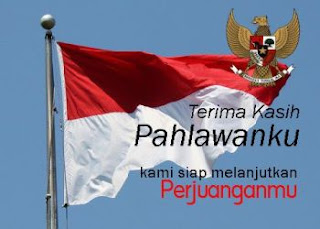 Never did Bung Tomo realize that this nation would later regard him as a national hero. He passed away in Padang Arafah (The Arafah Desert) during his pilgrimage on October 7, 1981, twenty-seven years before this nation started to regard him as a hero.