The Most Common Questions in Psycholinguistics 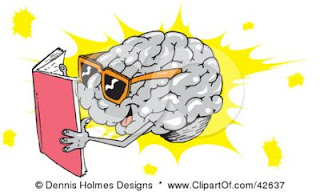 1. What is the difference between language acquisition and language learning?
Language acquisition is the process of acquiring a language in a natural situation instead of a formal-classroom. The situation is similar to that in which the native language is learned. The language is experienced in conjunction with the objects, situations, and events of everyday life. Children’s ability in language acquisition is considered to be better than adults’. Example: Children’s acquisition of a first language, native language, or mother tongue.
Language learning is the process of learning a formal and standard language through formal-classroom teaching. Unlike in language acquisition, adults’ ability in language learning is better than children’s. Example: Learning a second language or a foreign language at schools.
2. What factors can influence people in second-language acquisition and learning?
a. Psychological factors;
i. The intellectual process (our mind affects the speed of learning), which is involved in the determination of grammatical structures and rules. Learning second-language rules and structures can be done in two ways, i.e.; explication, and induction.
ii. Memory, which is essential for learning to occur. The learning of even the simplest words requires memory.
iii. Motor skills, which involve the use of the articulators of speech (tongue, lips, vocal, etc.). Good pronunciation, which is related to the ability to control the organs of speech, is clearly an essential part of learning a foreign language.
b. Social factors, which include situations, settings, and interactions.
i. Learning in a natural setting / natural situation. The language is experienced in conjunctions with the objects, situations and events of everyday life. Children have been known to learn better and faster than adults in this situation, because they are not afraid of making mistakes, and they receive more exposure compared to adults. Their speech organs are still flexible. Examples: A child of four years who lives with his parents in an English-speaking country, or a TKW who learns the Arabic during her employment in Saudi Arabia.
ii. Learning in the classroom. The classroom for second-language learning is planned, and the situation is artificial. In general, adults learn better than children in this situation. Adults can concentrate and pay attention better than children. Examples; Students who learn a second or foreign language at schools.
3. Which is better, learning a second language in actual settings or in a classroom?
The answer depends much on the learners’ psychological factors. Actual settings, in which there is more induction, will be more effective than classroom situations when teaching a second language to young children due to children’s psychological characteristics in learning a language. Children learn faster and better than adults in this situation. They are not afraid of making mistakes, and their speech organs are still flexible.
Classroom teaching is more effective when applied to adults due to their ability in reasoning, concentrating, and paying attention to verbal explanation (explication), especially when teaching a standard language which involves lots of grammatical structures and rules such as in schools or universities.
As for the English-language teaching in our country, since it is quite difficult to find an actual situation, which is really as actual as that in an English-speaking country, teachers are advised to create a natural situation in a classroom by emphasizing on the role of story, role play, puppet activity, model-making and so on. Having a very important role, teachers’ basic competence in the language and in teaching methodology is undoubtedly essential.

4. What factors bring failure in learning English as a foreign language in Indonesia?
a. The education system in Indonesia which still emphasizes on the accomplishment of curriculum rather than students' competence.
b. Classes, which usually consist of more than 40 students, are too big to teach.
c. Unavailability of proper, adequate and sufficient materials, such as books, or language laboratory and other visual aids.
d. Teachers’ incompetence and lack of commitment in teaching.
e. The applied teaching methods are inadequate and out-of-date.
f. Students’ motivation is usually low. This has to do with parents’ role in motivating their children, which is sometimes low.